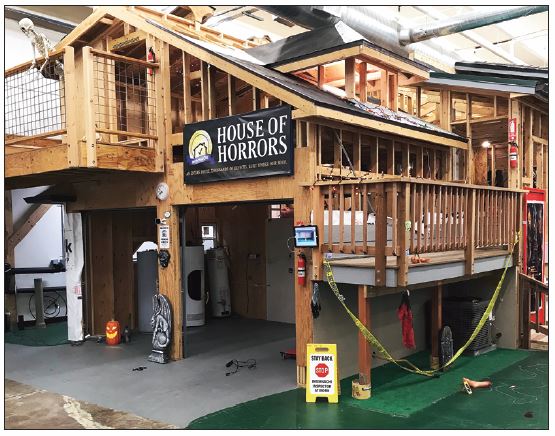 Special to Press Enterprise
ONE OF THE existing training sites dubbed “House of Horrors” is shown. The sample houses are built with 1,000 deliberate errors to test the skills of building inspectors in training.

LIGHTSTREET — Larry Frace already knows his new $200,000 house is going to be a disaster.

In fact, he’s going through considerable effort to make sure of it. The two story building with a basement and attic will be the centerpiece of his new Northeast Training Institute. Its miswired electrical outlets, incorrectly installed furnaces and badly-joined sewage pipes are designed to test the skill set of new home inspectors, affording them 1,000 examples of how things look when they go wrong.

It’s dubbed The House of Horrors. Frace expects it and his new institute, which he is building at the Columbia County Business Park by Interstate 80 here, to draw hundreds of students each year from Canada down to North Carolina.

“People don’t realize how huge this is,” Frace said. “I read that 55 percent of the inspectors in the United States are going to retire in the next five years.”

Good living
A person can make a good living inspecting homes and buildings, said Frace, who handles the building inspections for 16 local municipalities. With just two certifications, an inspector can earn $35,000 to $40,000 per year, he said.

With all building certifications, including public building qualifications, inspectors can earn $70,000 to $80,000, he said. It doesn’t take long to be certified, either, he said. Training to become a home inspector takes only five days — though they’re an intense five days, with 10 hours of classes each day and a tough test at the end.

As far as he knows, he said, his institute will be the only one in the country that teaches all kinds of property inspections for homes and commercial properties.

And the House of Horrors, which will be built inside the larger building housing the institute, should be an especially attractive draw.

Only three other Houses of Horror exist: one in Boulder, Colorado, one in Weston, Florida, and one being built in Chicago.

The concept is owned by the International Association of Certified Home Inspectors, Frace said. Each house is specially designed to educate and test students on regional issues as well as general pitfalls.

So the house he is building here will include knob-andtube wiring, a partial basement, thick insulation and a stone foundation — things inspectors are likely to come across in the Northeast.

The Florida house included hurricane protection measures and was built on a slab, he said. The design took a lot of thought, Frace said. The house had to be built with enough flaws to thoroughly test inspectors but none serious enough to pose a real threat.

“So we have a deck that has real problems,” Frace said. “But we don’t want it to collapse when we have 20 people on it.”

The house will also have a working bathroom and kitchen, as well as a roof with different types of roofing materials. His house will feature iPads that students can use to guide themselves through tests and tours.

The institute’s building, which is being designed by Arch Architects and built by Marr Development, will span 7,000 square feet, with five offices and two training rooms.

It will also have a museum showcasing old tools and building materials found locally, as well as a retail store selling equipment, clothes and hats from the International Association of Certified Home Inspectors.

Frace plans to hire instructors to help him teach classes. He also plans to work closely with the Columbia- Montour Vo-Tech School, offering its students free access. “What could be better than students studying electricity and then coming over to see what defects would look like?” he asked.

He hopes to start the building by the spring and have it ready to open by midsummer, if all goes well with the permits and building. Although, he noted, “The mock-up will never pass code.”

Susan Schwartz covers the Berwick area. She can be reached at 570-387-1234 ext. 1306 and susan.schwartz@pressenterprise. net, or followed on Twitter at https://twitter.com/PESueSchwartz.

← Prev: The Northeast Training Institute (NETI) will be opening in the early Spring 2020Next: Wood Destroying Insects → 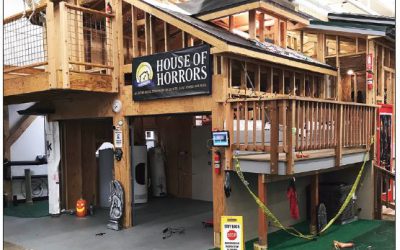 We are proud to announce that The Northeast Training Institute (NETI) will be opening in the early Spring 2020. ... 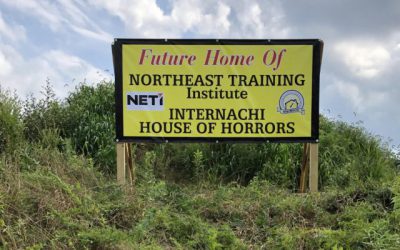